I’m sorry but I have to rant about Tartaros. I know I already ranted in game and on twitter but for those who don’t see my twitter or are in game you can now also read it here.

Today me, a guild member Ilishia, another Pinko and a Ruko all went to do level 1-10 of Eternal Dungeon. Everyone had 48+11 and the Ilishia had 48+10 (correct me if I’m wrong on this.) We do rooms 1-9. No problem, it’s challenging, but not impossible. We get goodies such as random treasure boxes, or skill point books so you can now have more skill points to level up your other characters.

Then we get to the boss room, Floor 10. My Cromodo who has 6,300 magic attack, is doing 56-48 damage a hit on ANY ATTACK he does. Everyone else apparently was doing even less than that. The boss can one hit kill you, or at least take off half my HP. If you die more than 3 times, you cannot revive no matter what scroll you use. And the best part of it all ? The current event where you can “gather enough to get safeties, skill resets” etc….the event items ONLY drop from Eternal Dungeon. The eternal dungeon requires 3,000 points and even though we failed, we lost at least 2900 CP.

Seriously, I’m done. I’m not going to go spend money to try to get my weapon to +15. I shouldn’t have to. I shouldn’t have to PAY MONEY to be able to PLAY NEW CONTENT. You know what that’s called? PAY TO PLAY. Last I recall, Tartaros was free to play. If I can’t play for free, then I will not be playing. I’ll be logging in for whatever login events they have, and I will level up my sub characters during any upcoming double exp events, but that’s it. I’m done with this game otherwise. I didn’t have my hopes up that high, and I sarcastically said we’d all need +15 weapons, but I’m upset that I was right. (´・ω・｀) 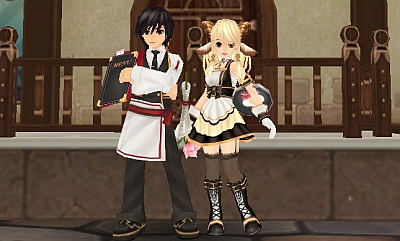 Sucks for those who rented one all this time I guess lol! I’m assuming MK makes more money from these lottery boxes which is why it seems like every outfit is going from rental to permanent now days…The other stuff in those boxes are angel/devil wings that give you dodge +5 and anti-knockback +7. Kinda interested in picking up one to replace my twirling fans since those only give dodge +5 and no other bonuses. Not spending any cash though, will only buy if the price is right in the shop. There’s another bargain sale going on but whatever.

Some login event that if you login you get content points. The stamp ralley isn’t over so I’ll be logging in daily regardless. There’s another farming event with really good items (skill reset, C safeties, slot openers) BUT the drop item for those is only from a boss. From my experience in the past, with those kind of events the boss drop is like 1/5 =_= I want to stock up on C safeties and perhaps get my cromodo weapon to +15  but with crashing + shitty drop rate…probably not going anywhere.

Eternal dungeon has some kind of clothing set that drops but I don’t really get how it works. One of my twitter friends crashed due to an error. That tells me they haven’t fixed it. If I crash even once, I will not be playing. I’m getting tired of this shit, it’s been a month of crashing already, get your shit together MK. 🙄

Stuff from 2ch regarding Eternal Dungeon: