So since Amnesia was licensed in English by Idea Factory and released on Steam, once it came on sale for like 90% off I finally convinced my husband to buy and play it. And well since we used to blog anime together I figured why not have him review it? Although after reading his thoughts, I think I might have made a grave mistake ಠ_ಠ. If you dare to read his review (aka making fun of the game) please follow after the jump! If the reactions from my readers aren’t too horrifying, then maybe I’ll have him write up a review for the Norn 9 Aksys port that I’m forcing him to play. Also for the most part, it’s non spoiler but it does contain CGs from the game.

END_OF_DOCUMENT_TOKEN_TO_BE_REPLACED

So I didn’t intend to play this when it came out a year ago but I found it on sale while I was in Japan and was like well why not? Turns out it was actually a worthwhile purchase for me. I played this solely during my commute which is why it took me almost 2 months to complete but I enjoyed it none the less. The game begins with our heroine (who will forever be known as Mary Sue on this blog) once again having no memories as she’s transported through different “worlds”. Pretty much brief summaries ahead and not much of a spoiler so feel free to read on everything except Second World which actually has the true spoiler of the game.

END_OF_DOCUMENT_TOKEN_TO_BE_REPLACED

When Otomate announced Amnesia Crowd nobody knew what it was about. Everyone thought it was going to be a sequel, a new deeper story for the Amnesia world. I felt something was fishy when the story page listed the exact same story as the original and in my head I thought this was going to be some kind of a remake. Turns out, it’s actually just  a 2nd fandisk and may as well be called Amnesia -Even Later-. The suspense section features a time when Mary Sue is stuck somewhere during the first game and your man of choice has to save her.  The working section features Mary just working her part time job at Meido no Hitsuji where you play some annoying mini games and interact with chibi versions of the characters. The Love section goes a bit further beyond Later and shows Mary and your dude of choice finally getting married after graduating college. Since Working and Suspense take place in the first game, Mary once again doesn’t talk. (；´∀｀)

END_OF_DOCUMENT_TOKEN_TO_BE_REPLACED 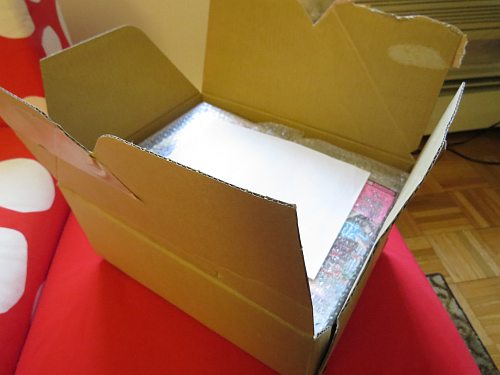 Took a little longer due to me combining other orders but finally it’s here! I’m going to finish Utapri All Star first though for anyone keeping up with my broadcasts.

END_OF_DOCUMENT_TOKEN_TO_BE_REPLACED

If this is playing it means I’m live!