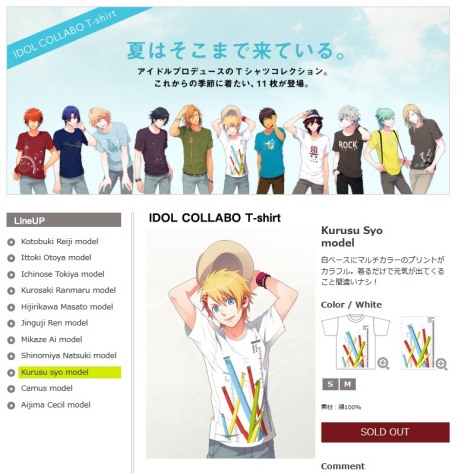 Soo remember this from April Fool’s? Well in case you didn’t know, Broccoli actually turned this into reality and I decided to buy a couple shirts! 😆 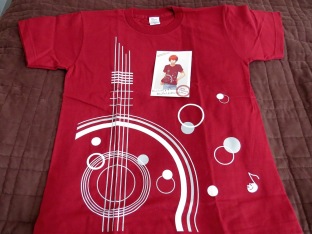 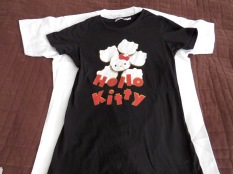 The shirts are MEN’S SIZE S so in case you were wondering these aren’t for me! They are for my husband! 😆 In fact we both sat down in front of Broccoli’s store and picked them out together ＼( ^o^)／. I personally like Tokiya’s dumb penguin shirt but he said he didn’t want a penguin shirt so we settled on Otoya, Natsuki and Sho’s based on design alone. We had trouble picking between Sho and Camus but settled on Sho because I didn’t like the puke green color of Camus’ shirt. The reason we only picked 3 is because I used Yokatta Web for the proxy to order the shirts for me and they have a 3 items per store  = 700 yen fee so I figured it was cheapest to just go with 3. So in the end aside from the T-Shirt cost I only paid about $30 for fees & shipping (EMS) so it wasn’t too bad!

Also the hello kitty Tshirt is an actual Uniqlo Women’s Tshirt in size S that I wear to compare to the size S of the UtaPri shirts. Seeing the comparison, I can only imagine that the Tshirt buyers in Japan are probably using them as night shirts because they’re huge! XD Unfortunately you can no longer buy these from Broccoli because they are sold out. They were a pre-order only item that you could only get if you placed your order before June 9th. Anyway I think this is a great thing and I heard they were really running low on shirts due to too many orders. I hope they consider putting out more stuff like this but in a broader scale (like to Animate or something) rather than keeping it store only. Sometimes I think if Japan stopped the whole “limited edition/limited to one store” mentality, they’d probably be swimming in money :lol:.