This week started the media tour for Shadowbringers but unfortunately other than people’s joke leaks we don’t get any info until the embargo lifts on May 29th. Before that we will have a live letter this coming Friday.

Don't miss #FFXIV Letter from the Producer LIVE this Thursday, May 23, with English translation! URLs for the broadcast have been posted, tune in and learn Shadowbringers battle system changes and more! https://t.co/6R80nLQTx8 pic.twitter.com/dx2SCObhJ1 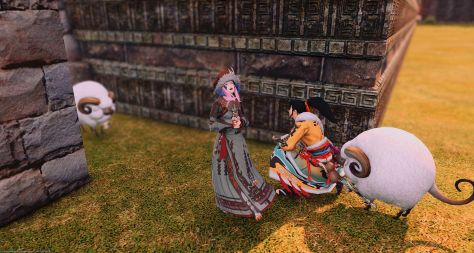 Our Heaven on high team went for our 4th clear but had an unfortunate accident on floor 76 and had to start over!  😅 Fortunately we didn’t give up then and immediately started over and finished the following day getting horses for everyone! (ノ≧∀)ﾉわぁ～い♪

The following day I joined BigJunSteel’s housing tour with my friend. He has a lot of houses on Durandal and while I am not a fan of house squatting, he puts effort into every single one and Durandal is so dead there’s tons of open houses in every ward. Check out some of his work below:

Doing daily leveling roulette and I got my Machinist to level 51. Not sure if I will be able to achieve my goal of getting the rest of my dps to 70 before 5.0 hits but hopefully at least 1-2 more after this!

Chinese server also got new japanese theme outfits that remind me of the stuff they wore in Meiji Tokyo Renka so I really hope it comes to NA too. ^_^ I also received the most recent FF14 artbook which had the pictures of the outfit in it. 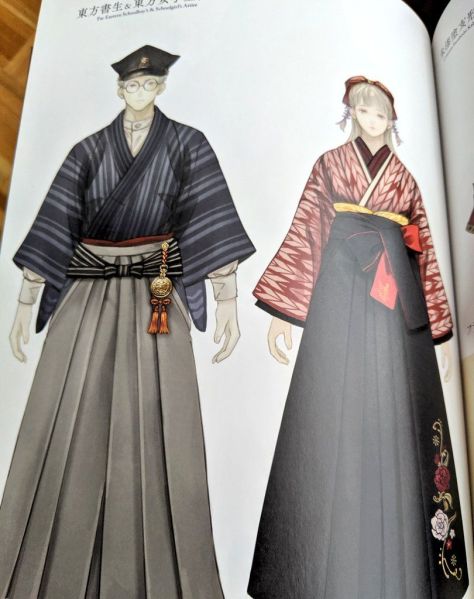 Finally my friends have cleared Doma Castle and are moving on to the next part of the MSQ. (I also cleared it on my GAIA alt today lol)