I guess now that all the fujoshis have moved on to Osomatsu-san, the Broccoli fujobait wagon has lost its fuel and so in a desperate attempt to make money, they decided to try and please their otome fans once more. With this they released UtaPri music 3, which is actually a lot like Music 1 but more Cero A~ish because the randyness of the original UtaPri game has been lost somewhere along the way. Unfortunately for anyone who has played the previous 2 music games, there’s nothing new in store for you so this is just more of the same. More after the jump!

The good news is, Haruka is now back. That means the guys’ solo songs reward you lots of scenes with Haruka + prince and only the group songs have the kyakya ufufuing between the guys. To be honest though, it was not nearly as ホモォ┌（┌ ^o^）┐ as I had expected it to be. In fact some of the group scenes were pretty cute/funny to me and maybe even more interesting than some of the scenes the guys got alone with Haruka. 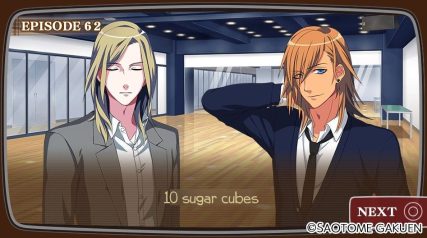 Probably the most suggestive thing in the whole game was the scene of Natsuki, Ren and I forget who (Sho?) running on the beach holding hands like they’re 5 or something. Oh also probably the hot springs scene with Tokiya and Masato where Masato was like DOn’T WORRY I WILL BE YOUR BROTHER IF U ARE SAD 😂😂 Sorry fujoshi but that’s as much BL as you are going to get in this game! I’m sure the upcoming anime season will have plenty of manservice to make up for this travesty. That said the Haruka scenes weren’t all that bad. Some were kinda bland and others were cute, my favorite ones being with Reiji and Tokiya. 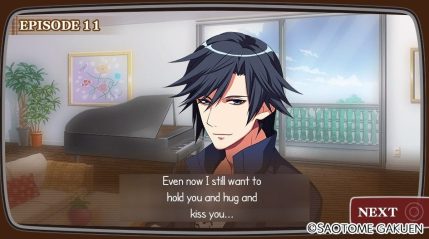 The songs are the same as before. Same right hand killing movement but now they give you the option to change ONE button! So you can say make the △ button your L button instead. Honestly this caused me more confusion than help and after trying it out for a bit I just went back to the old right hand key method….when I read they were going to change the buttons I thought we’d be able to customize the entire arrow key pad like in Project Diva X…lol I put too much faith into Broccoli I guess. ┐(´д｀)┌ﾔﾚﾔﾚ 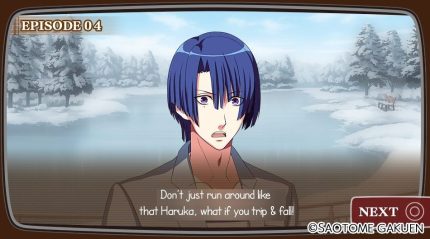 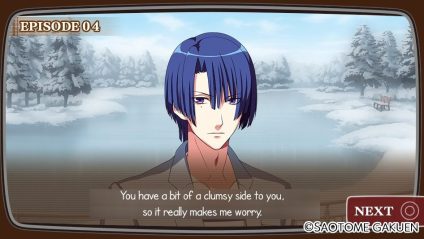 There was also now an option to turn the guys commentary off while you play the song. I often found it rather distracting and it would make me mess up. That said, I miss Satsuki’s commentary of being called a TAKO and I’m sad that he’s probably never coming back. During the reward scenes, none of the guys would call out Haruka’s name which by now it’s like come on…why don’t you just call her name already if default? There was a lack of outfits, like for example no swimsuits from the first game, a lot of casual clothes missing. This is of course a blessing because one of the trophies requires you to grind points to buy EVERY outfit in the game. I couldn’t bothered to do this and since have given up on getting the platinum. (Don’t even get me started on how you have to then press the “touch” button on EVERY single outfit in the changing room for another trophy.. 😨😨)On the topic of outfits they added “hats” this time around which were pretty cute like Ai had this little alien robot hat while Ranmaru had a cat on his head. That’s about the only “novel” thing they added as far as outfits are concerned.

Despite the game being on the PS Vita, the touch screen was mostly useless. It didn’t really help in the music game, during the reward scenes you could only “touch” in the bottom corner (rather than anywhere on the screen). I hooked up the PS Vita TV for a larger image because the game does work with it – BUT the controller was extremely unresponsive. The delay between when I press the button and when the console would register it was absolutely awful. A shame because it was nice to see the large notes but alas the Vita itself remains the most precise method of playing. 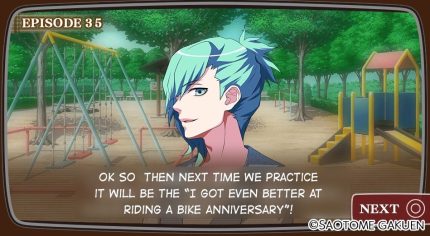 In regards to the song selection though – ✬✬EXCELLENT!✬✬ This is probably the biggest positive thing I can say about this game. I haven’t kept up with UtaPri in a while so it was really nice to hear all these songs. A lot of them were REALLY catchy, I enjoyed the selection here a lot more than in Music 2.  Songs like Ren’s “FREEDOM”, Quartet Night’s “You’re My Life” , Natsuki’s “YELL”, Ranmaru’s “Not Bad” and Tokiya’s “Independence” were the few that I really liked. That said, the difficulty was still..well…difficult. It WAS easier than Music 2 but still harder than Music 1. In order to receive a reward scenario you must get at least an A rank on each level of the song (7 total) and I struggled getting even to A rank on most of the songs. The only song I successfully managed to get S rank on Pro, was “Maji Love Revolutions”, and also the only song I managed to clear “3 times on hard mode” for the damn trophy. (눈_눈) The most difficult song in the game for me ended up being Ranmaru’s “Wild Soul”. I struggled on Hard 3 and Pro and had to get my husband to help just to unlock the stupid scenario. The good news is, it seems like if you fail 15 times it automatically just gives you the reward. In Music 1 I remember having to fail Orion de Shout Out 30 times before the game gave up on me 😂😂😂😂😂

And finally once you clear every song in easy mode 1,2 and 3, you will unlock the “Edo” section. This is just a brief scenario that’s a parody of how Haruka originally met all the princes but takes place in Edo because she’s the Edo-hime and they’re all her husband candidates 😂 Sadly again no CGs and mostly the same endings save for a few appearances of the princes based on your choices. That said, I burst out laughing when Comodore Cecil Perry showed up as well as Camus calling Haruka (who is the edo-hime) a 愚民 😂😂😂

Oh and not like this matters but they added Tokiya’s stupid penguin drawing as “one of the characters”. It really just sounds like a Tokiya who’s high just like how Onpu-kun sounds like a high Otoya. The things they could have put effort in smh… (눈_눈)

Overall, if you want to play a cheap music game with catchy songs I’d probably recommend this. If it’s been a while since you touched anything UtaPri and just wanna see the princes again, then yea I’d recommend this. If you’re looking for a new innovative music game with a fun system and good rewards…you might want to give this a pass. With Project Diva X now released, there’s very little reason to bother with this anymore. The game reminded me of how I kinda miss the original UtaPri game (and Tokiya) and how Broccoli seems to just be running out of ideas now. Even Haruka felt like some kind of mobile game heroine with no personality in a lot of the scenarios that it made me really sad. A lot of the songs were from the Maji Love 2000% singles which came out years ago. Even Broccoli’s April Fool’s for UtaPri this year was kinda lame. I know Broccoli plans to port the original UtaPri game to Vita but unless they add lots of new content, I probably won’t bother. Maybe it’s good for it to just remain a fond memory in my heart. (๑´•.̫ • `๑)