Pay for EMS shipping → have to pick up the game yourself from the post office 7 days later. Good ol’ USPS! 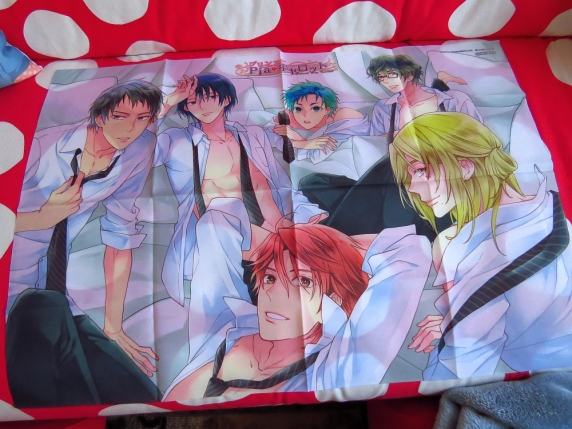 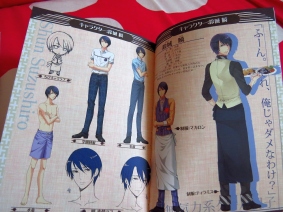 So yea because this never actually got delivered I pushed it back and started playing Senjou no Waltz. Unfortunately Senjou no Waltz thus far isn’t as great as I had hoped it would be but I hope once I get out of the dull common route, it will pick up. Set came with that giant stripper cloth poster thing. I thought it was going to be a paper poster but it’s cloth which is kind of annoying to hang. The booklet is mostly character profiles and a couple game CGs (which looked pretty randy yowzer! lol) Hopefully I can get started on this once I get SnW out of my hair sometime in January. I don’t think I’ll be done with it before the end of the year so this will probably be my final post for 2014. Hope everyone has a happy new year and may we all be filled with another Ikemenfull 2015!

Come support me on Twitch! All subscription and donation costs go towards blog maintenance fees 😊