It’s been a while, but I finally finished a Final Fantasy game that made me cry like a little babby. Also as usual, the characters in this CGI movie look nothing like their in game sprites 😂

I have a lot to say and I could probably ramble for days but I’ll just start with the best part of this game for me: the story. Normally, I’m an otome game brain and I need at least 1 vaguely hinted romantic ship in an FF game to get me to truly care/like it but this one basically had none and I still enjoyed it a lot. In fact probably the weakest character to me was Lenna, one of the main heroines and the fact that Bartz was so derpy he couldn’t care less about her or about seeing any other ladies or even dancing on stage like one of the sexy ladies himself.😂 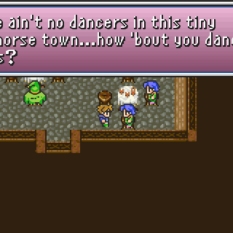 Our story basically starts off with Bartz just chillin’ with his bff chocobo Boko until a meteor drops nearby where he finds princess Lenna and an old man named Galuf. He first ignores them and goes about his business until his chocobo knocks some literal sense into him to help them out. And so he winds up on an adventure with rescuing a princess, and her pirate leader sister, and helping an old man recover his memories to remember that the world has been split in two by the final boss of the game – ExDeath who is just some angry tree.

The game style as usual is pixelated but I played the GBA version which featured some character portraits but unfortunately as usual they were by Amano and looked nothing like their in game sprites (which the CGI movie also used.) Unlike FF6 this game had a lot less characters, which gave you a lot of character development (except you Lenna sorry) and really had you get to know them and laugh with them and go on your 32 bit adventure.

Even though I used codes as usual to make myself 99, have 9999 hp and unlimited gil (though not unlimited HP so I still had to heal in battle) one skill that is OP regardless of how you play is Zeninage. It literally means “throw money” and basically this was THE highest damage skill that you get very quickly by leveling the ABP of your samurai. With that in mind I basically ended up leveling 3 samurais by end game and making them free lancers to carry over zenynage and whatever other skills I needed. I wanted to max out all the jobs so I could play around with different skills to try them out (cause doing it legit takes forever due to most of the game giving you only 1-2 ABP per battle and the last level of red mage for example requires 999 ABP to earn Dual Cast which is crazy.) So no matter how you are playing probably get a lot of money and level up a lot of samurais lol. 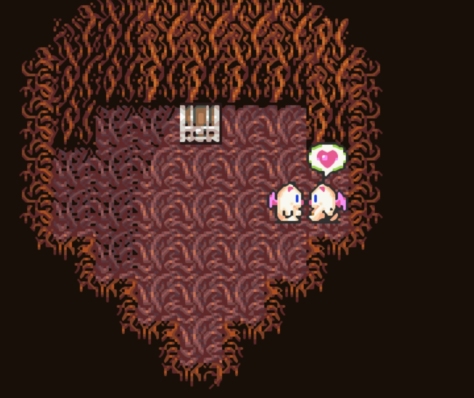 Overall the entire job system though was miles better than FF3, which boasted the entire “you can play many jobs” but just did it in so much worse way. In FF5 you can change jobs anytime without penalty and you could carry over skills once you maxed the ABP of that job. In FF3 you got punished and every time you changed jobs you had to grind a LOT to get that job caught up stat wise to where you were currently at in the game. This is probably why after playing FF5 I can never go back to try and finish FF3 unless I inject so many cheat codes I can just plow my way through and ignore literally everything lol.

This game also featured comic relief Gilgamesh who was even funnier than in his FF14 persona and honestly I really liked him at the end. 😂 Just like Ultros most of his battles were just a joke and some weren’t even battles but rather comical banter before he would run off again. And finally at the very end during Krile’s flashbacks of the whole game I just burst into tears

I sort of marathoned this game so it only took me about 3-4 days to finish but I feel like I spent so much time going on an adventure with this crew that I think it sent me bawling about how I’m truly going to miss this bunch. Everyone always clamoring how FF7 is the best game or FF6 deserves a remake but in my eyes, I would absolutely die for an FF5 remake. The story is great, all the side dancing NPCs are great, the main cast is great and hell even Bartz’ chocobo gets a personality and a wife! 😂 A lot of the music in this game was also used in Deltascape in FFXIV so it was very familiar along with the usual catchy chocobo song Mambo de Chocobo.

Anyway if you can stomach a little bit of grind or you can find some codes for the GBA version, I would highly recommend this FF game. I think it’s now at the top of all the single player FF games I’ve played and if it had better graphics it would even top my true favorite game (Lightning Returns xD). I know SE is remaking a pixel version of this eventually but hopefully one day this can get the FF7R treatment because it truly deserves it. 🙏♥️

And now some words from my husband! Also no Rabtoons video because honestly their parody this time had a bunch of unnecessary homophobic slurs for some reason so I decided not to include it in this review. Instead please enjoy one of my fav non-chocobo BGMs from the game:

Okay seriously though, the first and most important thing I gotta get out of the way: this game had BY FAR the biggest mismatch between Amano’s concept art (which was used for the character portraits) and the sprite art. It was kind of jarring in FFVI with stuff like “Is Terra’s hair supposed to be blonde or green or greenish blonde?” but in this one it’s like “Is Faris supposed to look like she stepped out of Rose of Versailles or out of Record of Lodoss War?” Even the various Final Fantasy mobile games can’t decide which versions to use and alternate between them.

(Then the other thing I also need to point out is “why tf does everyone in this talk like robin from the 60s batman tv show?”)

Anyway, the job system. The fact that we had cheats for some things but not (fully) for the job system gave a good point of comparison for how things in this game were (supposed) to work. With no grinding of any kind, we were able to max out roughly 3 jobs for each character. However, the vast majority of that happened as the game was wrapping up, so I’d say that you’ll end up completing most of the game before you master your first class (either an actual starter class or one of the better ones once they got unlocked that you jumped over to.) This is because most random encounters up until the final world only give 1-2 ABP and the boss fights are roughly around 5-8. Meanwhile the average job takes around 600 ABP to mastery, so you can see how long it would take when you’re only getting 1-2 ABP per fight.

Now you fortunately can’t really screw yourself over with trap builds because at worst you can just switch some classes around. From what I understand the job levels are based around giving you new skills or passive abilities, rather than stat boosts. So if you were trying out a crappy job like Dancer and realized it sucked and then decided to switch it to something else, you’re not necessarily gimped again while trying to grind your way back up to a usable level. “Necessarily” is a key word here though because while most of the melee classes are fine at a low level, the magic ones do need to be leveled up in order to unlock their better spells.

This then opens up the possibility for all kinds of crazy combos, but in practice unless you’re doing stuff like superbosses or the optional hard mode dungeon there isn’t really a point. It’s a little disappointing, since the theorycrafting is fun, but then you quickly realize that it requires a ton of grinding to accomplish and that the game itself isn’t particularly hard so any kind of minmax optimization turns the game into a total cakewalk. Remember that our cheats didn’t even boost ABP, so we couldn’t even do truly crazy stuff like “Dualcast Bahamut or Quick nonstop” so just basic stuff like Zeninage or Dual Wield was more than enough. And that also said, there are a bunch of crappy jobs that you probably “need” to level up in order to get their passive abilities, like Thief or Geomancer which is slightly annoying.

My minor quibbles (which are basically “ok this is like the 3rd best rather than the 2nd best game”) are mainly just that the world and storyline and villain are very generic and not particularly interesting, so it’s the fun characters, the lack of dumb plot elements, and the way better than average customization that carry the game.