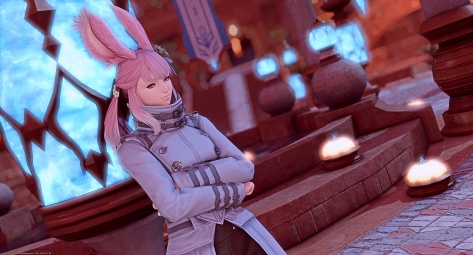 Yea I know this post is basically 6 months late but better late than never!?

FFXIV is probably the longest MMO I’ve played consistently my whole life. RO and Pangya were maybe 5 years before they shut down/I quit but FFXIV is still going. Every year I say this but I’ve definitely gained and lost friends in this game. It just happens, people get into fights, people move on to other games or you just grow apart. But despite that, I’m glad to still have friends I can once in a while play with and I managed to reconnect with one of my old Pangya friends and now he’s really into the game after all these years of avoiding it lol. Quite a lot has happened between end of 2019 and 2020 so here’s a few accomplishments and memories.

Heaven on high was pretty wild and it’s obvious that Gunbreaker is an OP job because most of the solo clears on HOH are basically on Gunbreaker now lol. So basically by being a white mage I was a “free potion” and a bit of extra DPS while my husband did all the tanking and DPSing. We had a bit of an oh shit moment on our final run in the 90s but nothing a little Primal pomander can’t fix. ( ͡° ͜ʖ ͡°)✨ I attempted to solo Palace of the Dead on Dancer but ended up getting my head smashed on floor 151. Haven’t tried going back to HOH soloing since my failed run as an astrologian but might give gunbreaker a shot since I have so many useless HP regen potions sitting around.

I was like “you know I love visiting houses but I want to visit houses on every data center!!!!!!” and so I have alts on every Japan data center plus my main on NA. Fortunately, or unfortunately(?) they just announced an upcoming data center visit system. Whether or not this will be between Japan only or Japan and NA either way, it makes at least 2 of my alts basically useless other than “I feel like being this race for a screenshot”. So honestly I am considering server transferring my alts to NA so I can spread out crafting specialists and just have more storage. I ended up falling out with a lot of friends on Japan due to drama and timezone issues so I won’t be losing much other than the 2 houses I have on Mana DC. Anyway I’m still waiting for more information to be announced as to how and when but in a way I feel sad I put so much effort into these alts assuming that they’d NEVER let us have data center visit….at least not before they gave viera hats……e_e

Speaking of hats, we are now almost 2 years into the expansion and Vieras have not gotten a single hate or hair update. Unbelievable. Lots of new hair and hats have been released but Viera? Hrothgar? Lel. I love my viera and all but I’m getting really frustrated at paying the same sub as others but not getting equal treatment of my favorite race :'(. The only solution now is to resort to hat mods that you can’t even post publicly without an angry mob on you or to just change to any other race. While I love my bunny, I’m starting to get tired to be honest and I’m actually considering going back to my midlander hyur for 6.0 if Vieras get absolutely no update again. My alt is already a midlander so what I might do is just swap races between alt and main so I can always take bun pics if I feel like it. I’ve waited almost 2 years Square Enix….please 🥺😭

As usual I’m still doing cosplay glams on my characters though mostly on my hyurs since it looks the most natrual compared to the origina. I’ve even actively began doing more Otome game ones as well and I’m trying to add more photoshopping into those to make them look close to the originals. I have a twitter moment I’m keeping for all of them

One thing I’ve done more than before is be more active in the party finder scene on my data center. I was too scared to join PFs since NA pfs can be pretty chaotic with various strats and I basically ran off to my Japan alt and hadn’t cleared anything at all. That all changed in Shadowbringers, where a friend of mine kinda dragged me to start clearing ex-primals and gave me the courage to do my own PFs again. I managed to complete my dog farming pfs (some that took 99 runs) and I’ve slowly been farming dragons from Shadowbringers. I haven’t cleared or farmed ex-primals during their expac in years but finally I’m actually clearing stuff during relevancy. My DPS is crap as usual (embarassing FFlogs) but at least I feel like I’m being decently useful as a white mage. I’m curious about the upcoming Sage healer job but I was never really great with barrier healing style so I feel like I’ll continue being a WHM main even in 6.0 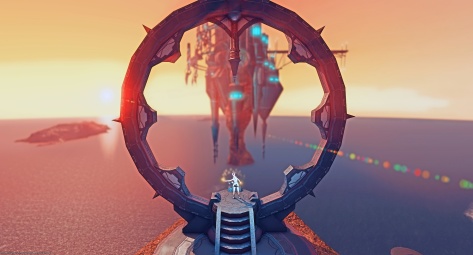 One big update they made in 5.0 was adding flying in all the ARR areas. Doing quests in those areas is crazy fast now and there’s plenty of great new scenic spots to take screenshots in. You could make an entire calendar with just scenery from Eorzea. They even added a few new spots you could fly up to that you couldn’t get to before. Unfortunately the sacrifice for this was that we didn’t have a jumping athletic tower for the summer event. Because of Covid most of our seasonal events have been incredibly mediocre, including our Valentione/Little Ladies day event which was not only sad and lame but awarded an item vieras can’t even wear.

The expac is delayed until the fall of this year so it will be a very empty year. I’m currently not even subscribed at the moment because I found the relic to be too grindy (I hate Delubrum Reginae…) so I’m playing other games until FFXIV puts out an update worth logging into or until patch 5.5 coming in April. 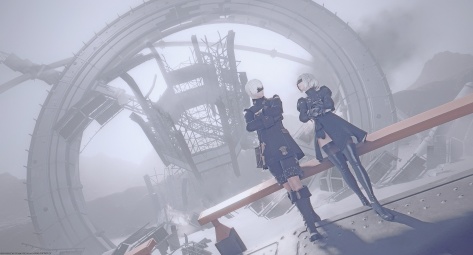 On the topic of patch 5.5 I’m really excited to see the grand finale of the Nier raid series. Up until now I was pretty much meh about raid stories. Crystal tower? Meh. Ivalice? Meh. Void arc? Only if Sky Pirate man winks at me ( ͡° ͜ʖ ͡°)✨ But with nier I’m really hyped to find out WHAT HAPPENS TO 9S KYUN.

Looks like 6.0 is gonna take us to the moon so that will be interesting to see. Imagine being like “brb going to the moon to finish my daily beast tribe quest”. 😂😂😂

It will be a while before we see the xpac but I’m looking foward to the new areas, new story and most of all UPDATES TO VIERAS 😱😱🤪 There will be a virtual fanfest in May as well so that should hopefully be fun!