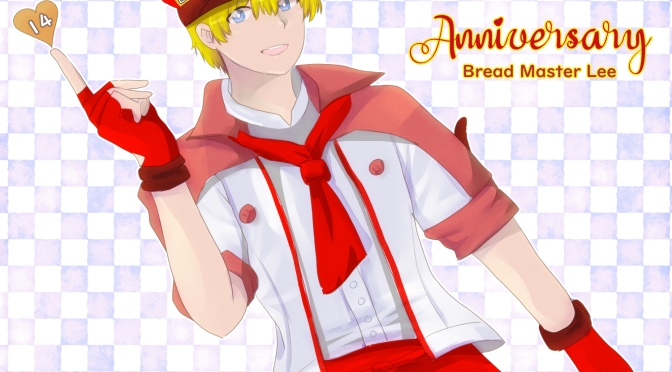 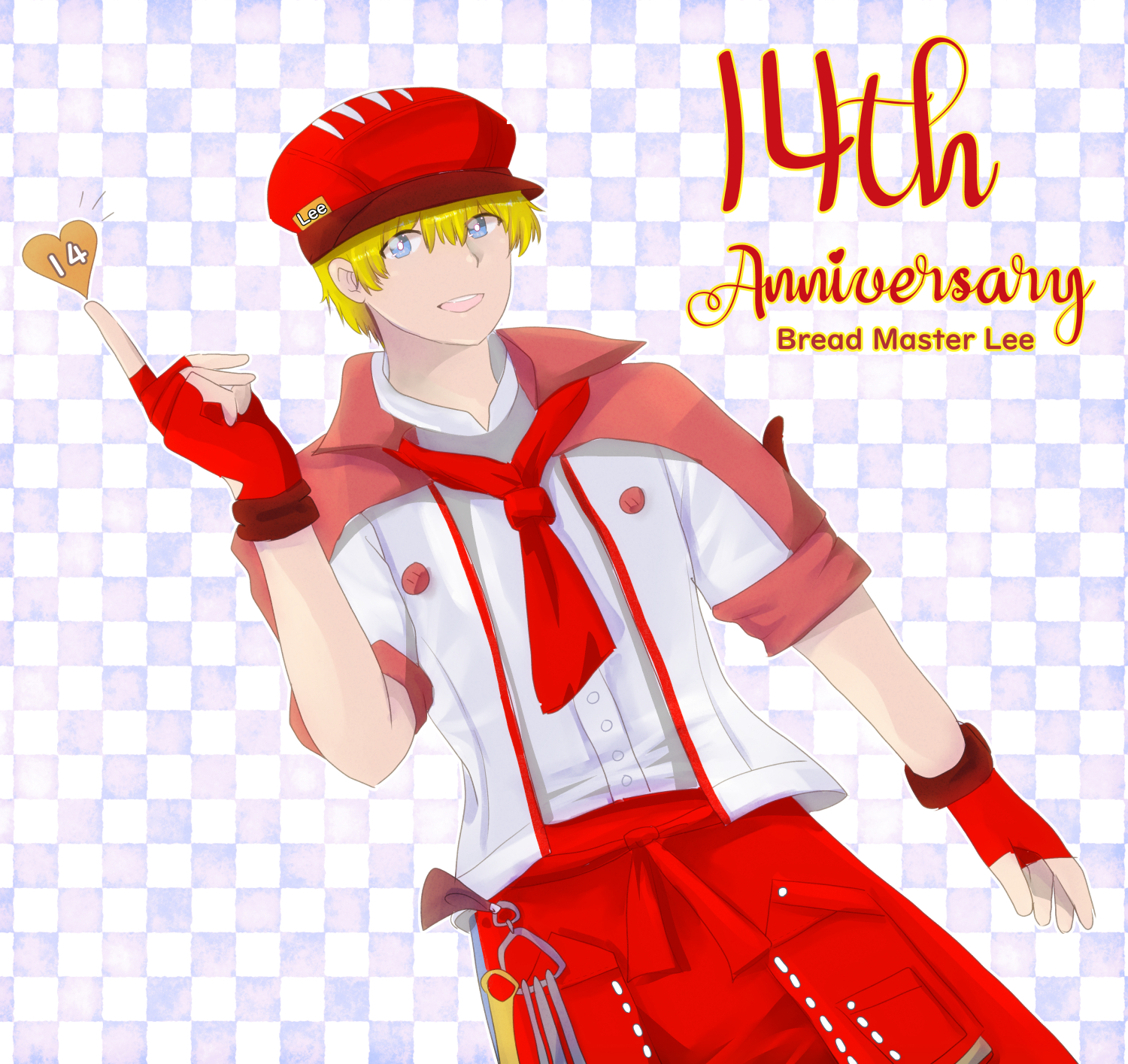 Whoaaaaaaaaaaaa can you believe it, I’ve been blogging for 14 freaking years!!!!!!!! ₍₍◝((((΄◞ิ(΄◞ิ(΄◞ิ౪◟ิ‵)◟ิ‵)◟ิ‵))))◟⁾⁾ Time to look back at the past year of games I’ve finished and stuff that happened!

So I was originally thinking of being  one of the cool content creators and making this whole youtube video about my “game awards” but then something happened to me in real life:

Yea so on my birthday this year I visited 2 NYC cat cafes. One of them sucked, but the other one was great (and they even had a Stray collab that I missed!!!!!!) and that’s where I adopted my baby Mei.  So yea because of this a lot of my free time pretty much shrunk into oblivion because it’s like taking care of a child. Have to feed, clean poops and play with them or else you will deal with midnight havoc in your living room. 😂 So unfortunately this year we’re doing it the old fashioned way: VIA MY BLOG because that’s why you’re still here reading this right? ( ͡° ͜ʖ ͡°)

Anyway I’m bringing back my game awards for all the games I played in the past year! 😎 As usual I have 3 categories, Bad, Mediocre and Good. Bad means the game was pretty awful and I regret playing it. Mediocre is the game was just okay, not terrible but didn’t leave a lasting impression on me. And of course the Good are games I enjoyed all the way through.

💩 Award for Fastest Baby Birthing: Psychedellica of the Ashen Hawk 💩

😐 The “I Miss Kazuki Yone VNs” Award  for Most Incomplete VN I Played All Year:  Yumeyu Senkyo Romanesque 😐

😐 Award for Most Unnecessary Side Characters: Birushana FD😐

👍The Award for Worst JRPG Dungeons I’ve Ever Played: Tales of the Abyss 👍

And that concludes the awards this year. I didn’t think I’d have an otome game in my top list since very few things move me these days but Tengoku  Struggle was basically right in my strike zone. 😂 Here’s hoping something else strikes my fancy like this in 2023!

Not much really happened this year that I caught eye of – but I’m also not really following much otome game news these days aside from the few makers still left releasing things. Otomate caused drama at AGF as usual by letting  scalpers buy out all the merch before real fans got to.🙄 I did manage to finally earn my first paycheck from Twitch and big thanks to those of you who subscribed. It was actually enough to pay for my blog domain renewal fees! I don’t get much viewers since I pretty much don’t have a set schedule (and it’s even worse now after I got the kitten). The few of you who do stop by, it’s been a lot of fun especially when the game I’m playing sucks (*cough Birushana*) it’s nice to be able to chat about completely random stuff while slogging through it.

On the topic of streaming and vtubing I honestly don’t feel like anything changed for me. I’m so old by now (I mean 14 years of blogging lol) that I honestly just feel terrified interacting with most content creators because they’re probably decades younger than me. I thought by the time I reached the age I did I’d be some boring person who just works their office job, gets home, watches tv and goes to bed. So in a way I’m glad that I can still enjoy my hobbies at this age the way I do but because of that I kinda stick to being mostly solo or streaming along with my husband, Kanade. It also didn’t help that when I started early on, I basically got harassed/bullied by people who didn’t know how to hit the back button on their browser so that kinda kept me terrified of expanding further or networking with other content creators. Maybe if things weren’t like that, I might have gotten further than I did, gotten more viewers etc. But it’s fine, what’s done is done, Hakuna Matata.

I do enjoy the aspect of doing vtuber related stuff like drawing character sheets or creating new outfits for my model. It’s also been more fun interacting with my stream viewers when I have a sort of avatar and I’m not just a game screen with a chat box. That said, streaming otome games becomes a huge drag especially when the game isn’t fun or is really boring. Because of this I have realized that while some games are okay to play alone, they’re not great to stream. With that in mind I will be re-evaluating how  I stream otome games in general and I will probably focus more on streaming non-otome (which is fine since that’s basically 90% of my backlog right now!) 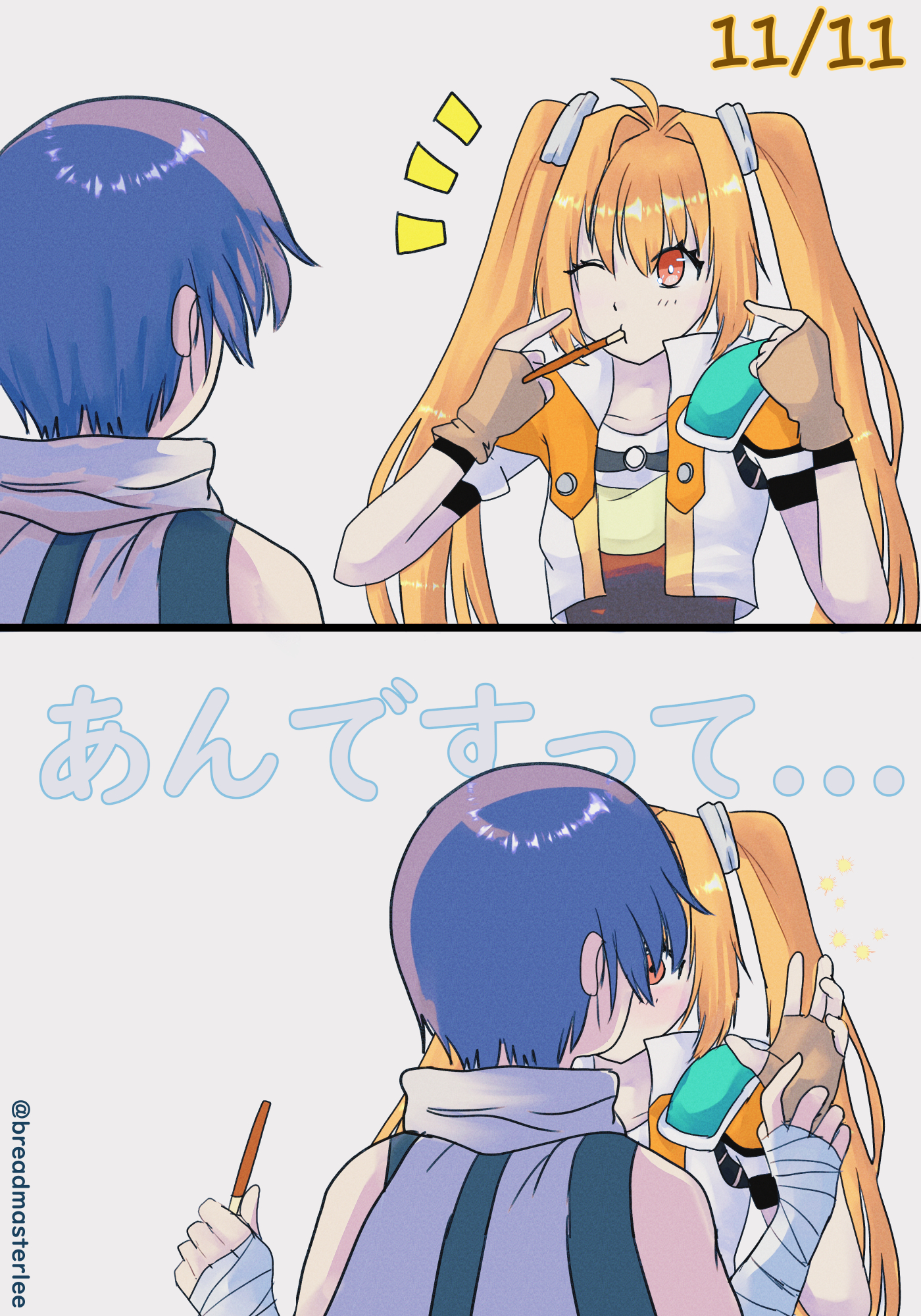 I’ve also spent more time drawing this year and it was a pretty crazy year for artists with all the AI stuff. I’m still on the road to improvement and I keep trying different styles/methods so my art’s been pretty inconsistent lmao. Maybe one day I’ll be satisfied enough to settle on a style but for now I’m just having fun trying to improve my extremely rusty skills. It’s another one of those “if I was consistently drawing since the time I began art I might have been really good by now” but I basically stopped and started on and off and never really looked up tutorials or improvement techniques so my art kinda got suck in circa year 2006 (;^ω^). 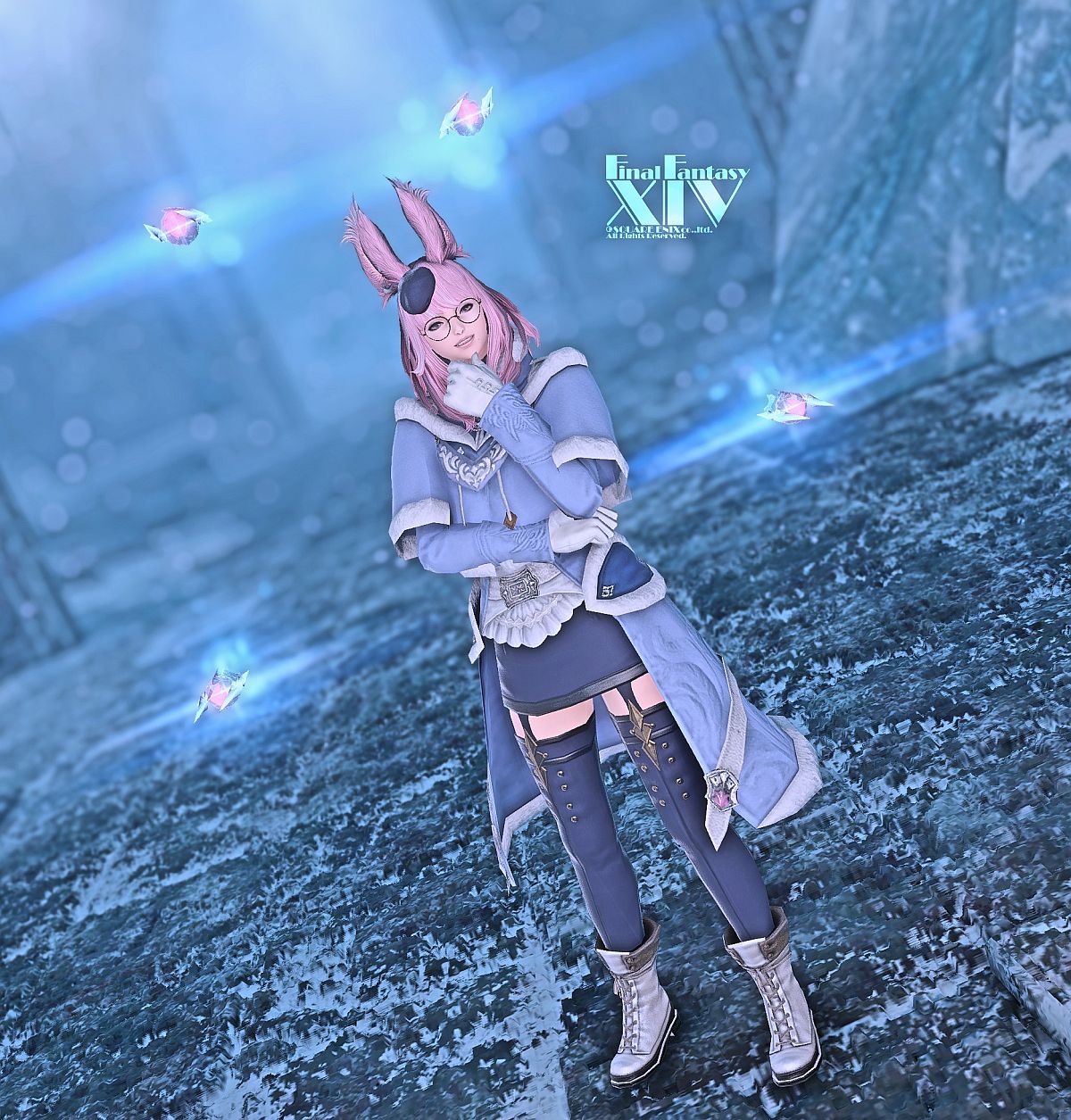 I still play FFXIV of course but I frequently take breaks and unsub when I’m done with the patch. The patch being doing the story on my 4 characters (lol) some side content and then getting enough totems for a mount from an ex-primal. (Honestly this causes me so much stress but for some reason I keep doing it like a clown 🤡🤡) My backlog of RPGs is so big now that I’ll definitely be taking more frequent breaks between patches in 2023. Also as of this post it’s now been 1 year since Endwalker hit! And I forgot my annual FFXIV post oh well 😂. You can check out my FFXIV tweets here.

Happy 9th anniversary to FFXIV ARR! Here's a screenshot of us during open beta in 2013 and of us in the same spot now 😎📸#FFXIV #Viera #FFXIV9周年 pic.twitter.com/UsEL2DBOak

I don’t visit studios as much as I used to, but I have a studio I created on my Japan alt so feel free to check it out if you have a character on any Japan data center! And for anyone who was following my FFXIV twitter – I’m sorry to say I deleted the account as I decided to merge my FFXIV stuff with my main account.

Anyway I’m derailing but the tl;dr is regardless of how many people come watch, read, etc. I’m thankful for all you guys who still follow me to this day. I don’t blog about otome games as much  as I used to, and I’m definitely a lot more into JRPGs now but you still stick around and that makes me really happy.🥰🥰  Even if you don’t sub on my Twitch, I still appreciate the support via Youtube Follows, CD Japan purchases and Amazon purchases! Thank you for all your patronage and here’s to another year!

Top 5 Posts in the Past Year:

So as usual mostly localized games getting the hits. It’s great that there’s a lot more localized otome games for everyone, even if it’s pretty scarce on the Japan side. Even if my opinions don’t agree with a lot of new otome fans, I’m still happy for you guys. You have so many games to choose from and it’s no longer a “well it’s better than nothing” localization scene. 🤣

🥂Here’s to another year of gaming!🥳 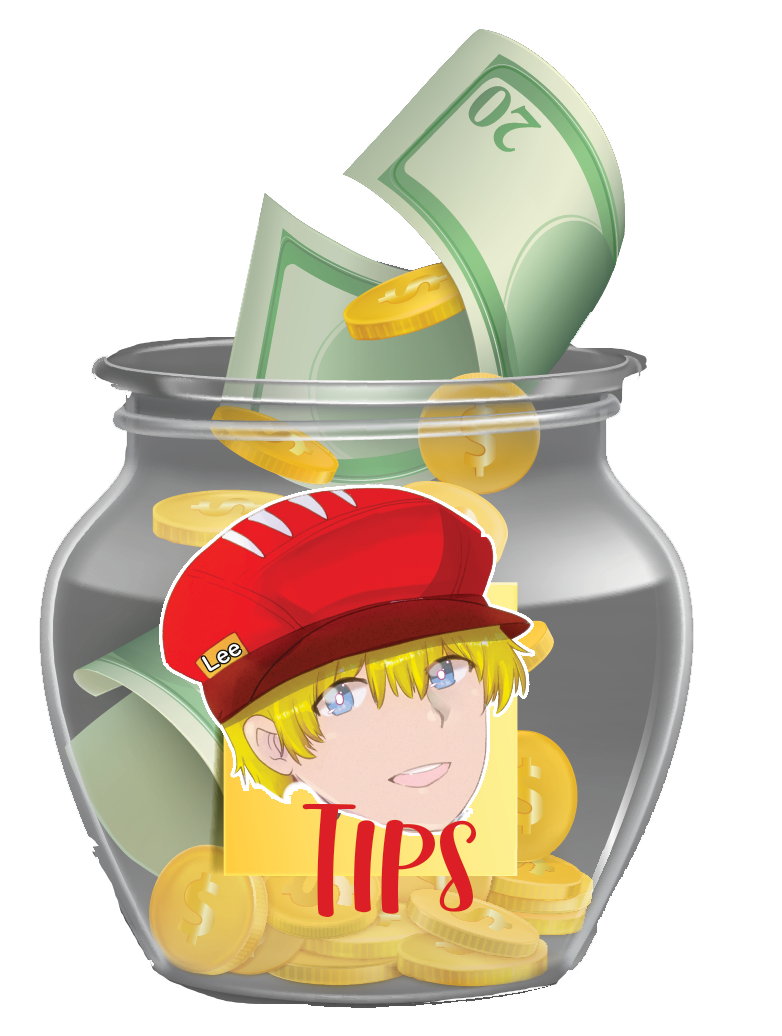