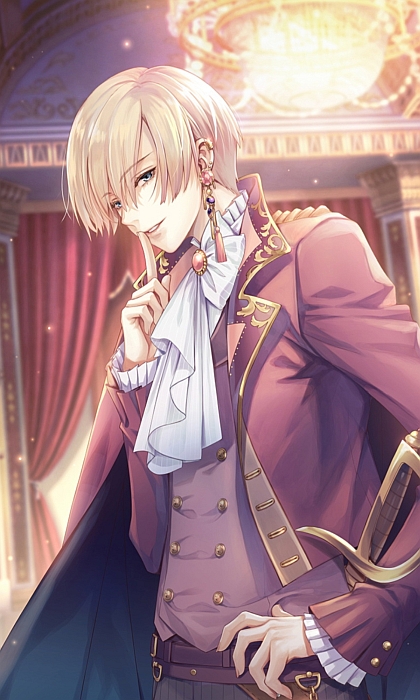 Surprising nobody: it was terrible and I didn’t think it was going to be anything but. Still, due to lack of console games lately, I was bored out of my mind (and lured in by Uchida Yuuma) that I decided to give it ye’ old free 2 play only experience to see how far I could get before rage quitting.

I decided to try out Ikemen Ouji as my first Cybird game. I knew these things had stupid avatar missions/affection ratings but as long as I got free daily login currency/did some battle stuff I was able to complete and move on. I didn’t mind that i could only read 5 chapters a day and I kept going this way for a couple weeks. Ikemen Ouji had voices when you flipped between different parts of the app, but there was 0 voices in the actual game (aside the prologue) and therefore to me, other than the pretty art, there was no real value to spending money therefore I continued to play for free for what it was worth. 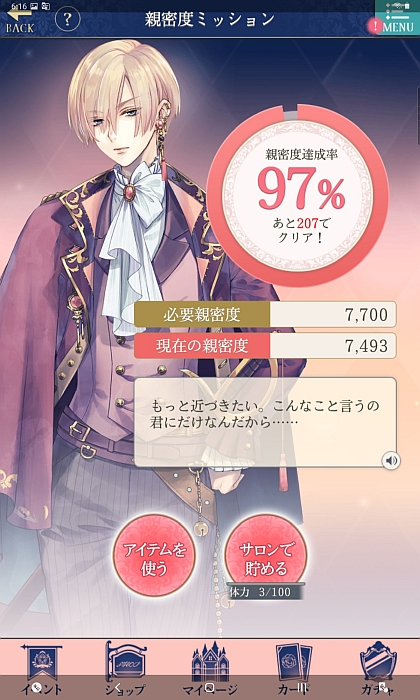 Eventually though I hit a wall. The amount of required affection required me to basically spend an entire week doing the battles (aka the Salon) so it meant all my daily 5 tickets would go to waste because the tickets don’t “pile up”. You either use it or lose it. Ok fine. A week went by, I finally passed it and was back to my 5 day ticket reading schedule. Then finally I hit the ULTIMATE paywall: literally cannot pass the avatar requirement because it actually requires an insane amount of currency both paid and free to be able to purchase: 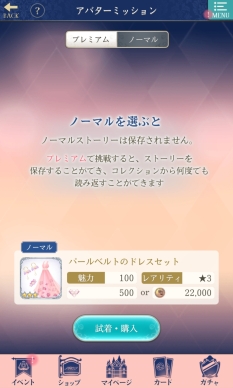 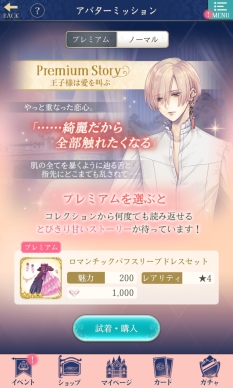 Even the “NORMAL” non Premium story required me 22,000 coins while I currently have 20,000 thanks to some login items over the course of the last couple of weeks. At this point the only way is to slog through getting like 100 coins a day from battles or hope that one of the daily logins gives you random diamonds or coins. I’m basically 2 chapters away from the end so I’ll keep trying for daily login bonuses for a week or so but I’m pretty much ready to uninstall this app. 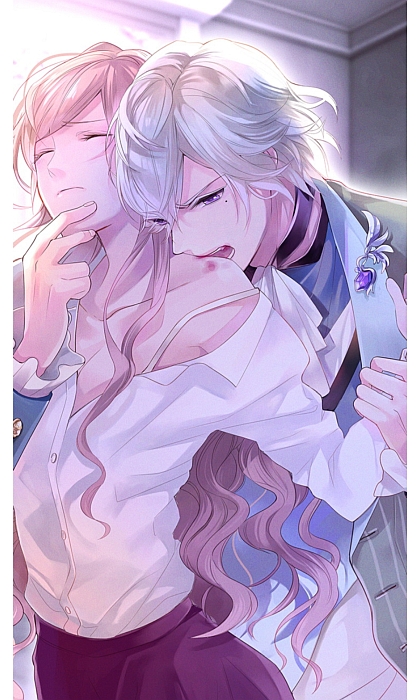 In an ironic twist of events, I also ended up downloading Ikeman Vampire due to a collaboration campaign with IkeOuji. IkeVan, which has been localized in English, works basically the same way. The difference is because it’s been out for 3 years, it has way more pointless money chugging events, gachas and random advertisement popups in your face the moment you login to it. I picked piano-man Mozart and it took a REALLY long time for this dude to actually be dere to her, but of course the moment things get cute:

Again, I had to wait a few days before being able to continue and ONCE AGAIN even after I climbed over this wall I reached the same paywall issue I had with Ikeman Ouji: 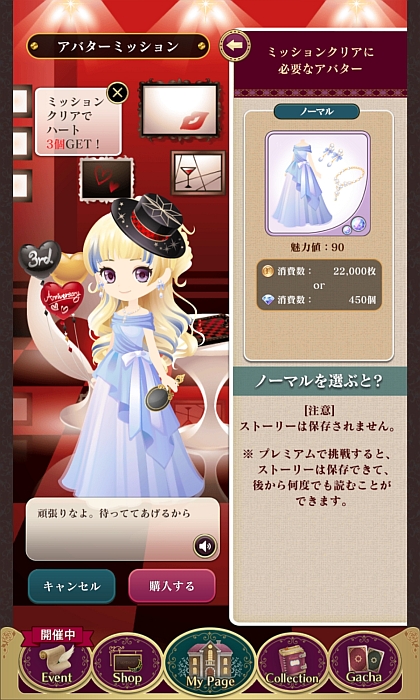 Even the Normal outfit still requires 450 of the paid currency or insanely large amount of grinded free currency. So basically when you first join you get a bunch of free stuff that lures you into the game but as you keep getting further it starts to become obvious that this is definitely not free to play and eventually you basically have to spend money if you want to as much finish 1 route. At least IkeVan had partial voicing in the stories but still  not enough in my opinion to justify the money you spend – especially because you spend money on completely pointless avatars. I know some players love the avatars but it’s a huge waste of time (and money) to me and as someone who just wanted to read the story this entire system is balls.

Ultimately at least I can say I’m not knocking it without trying, but also I guess it wasn’t really worth it in the end anyway.  I’ve paid for mobile games where I could pay to see an entire route faster – but the way Cybird does things you will probably end up paying more than you would in a fully voiced console game. It boggles my mind how/why these games are popular and I can only imagine is people will get hooked on them, realize they gotta pay and then quit before repeating the cycle with another game – and I guess enough whales spend money that it still keeps the game running despite all the f2p ragequitters. ┐(´∀`)┌  If you want a good “free” otome game, this definitely isn’t it, and if you have money to spend, you’re better off spending it on a console game with full voices and probably better written stories.

10 thoughts on “My first & final experience with Cybird mobages”