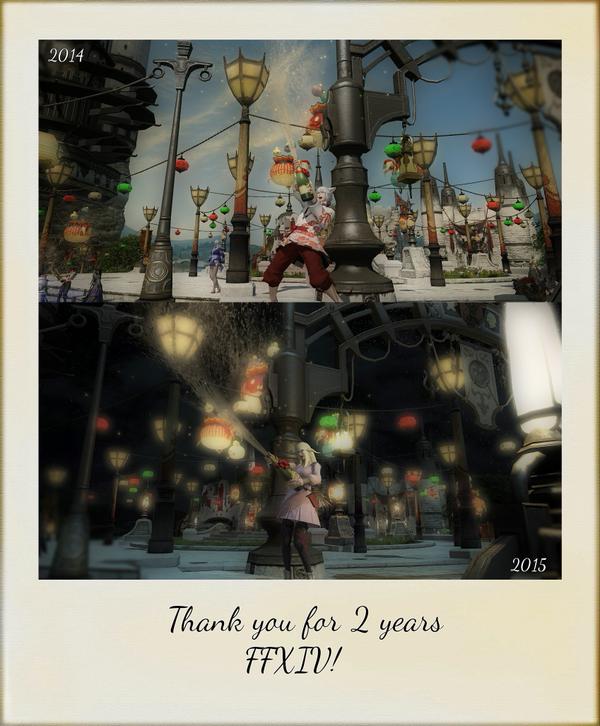 I know most of my readers here just come for the otome game reviews but FFXIV is still a huge part of my life so I’d like to reflect on the past year. It’s now been 2 years since I started, 2 years since my otome game backlog went to hell but it was definitely a 2 years to remember.

A lot has happened since 2014…probably even more so than 2013. In August 2014 I basically left my static (due to terrible healer drama/no progress) and joined up another one. I was with that static for a few months. We cleared T8, farmed 6-8 for weeks and then got stuck on T9. Suddenly attitudes crept up, people would go try clearing with other groups and all sorts of dramatic backstabbing. Eventually, I left that group, and my friend’s raid group in Final coil helped me clear T9.

Time passed, we still had no static group, party finder was kinda dead…so we decided to transfer servers. We’d have to start our FC over, we’d be losing our house in the Mist but ultimately I think the decision to transfer to Gilgamesh was worth it.  Before that though, we fantasia’d and got married:

Once that was over, a little before Christmas, we transferred over.

We immediately created our new FC and began a fast work to not only grind it to rank 6 but to sell all our transferred items (including those fat cat minions my fisher brought me 😆 )to make money to buy a medium house in the Goblet. All the small houses on Gilgamesh had been sold out so only mediums & larges were left. Fortunately, we managed to scrape up enough to buy a house right by the Brimming Heart waterfall.

A lot of in game stuff had passed as well. The tragic death of a certain childhood friend NPC, the conclusion of the Hildibrand storyline (Or is it?) 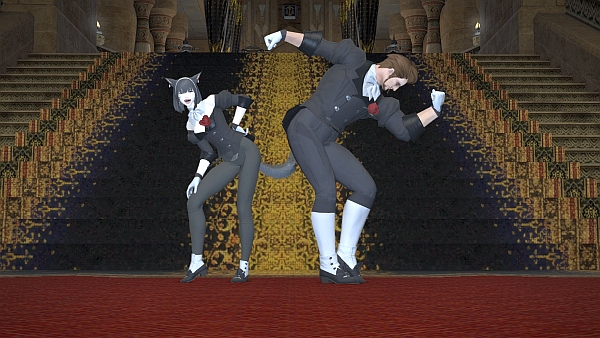 We had also found a raid group through a pug in party finder and cleared T10, 11 and 12 with them. 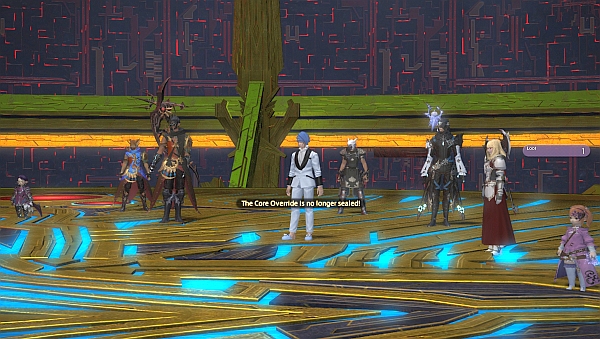 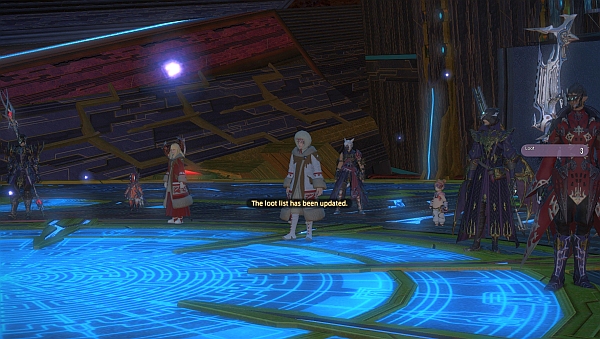 I was forced to switch to White Mage (from Scholar) which I wasn’t really good at playing and it was really stressful for me. By the time we reached T13, I didn’t really get along with my cohealer, her boyfriend obviously prioritized her bratty attitude over the group goals and then we had problems with our DPS ignoring the leader’s requests to stop standing in the fire to “increase MUH DEEPZ”. ಠ_ಠ Anyway the leader decided to just “disband the group” a couple days later although really it was a backasswards way to solve any problems. Honestly, I was already on my way out so I’m glad what happened did. About a week later, we saw someone looking for a scholar & warrior for a static for t13 so we joined up and I could finally return to being a scholar like I had originally intended.

Around this time SE released the Gold Saucer:

I got addicted to collecting triple triad cards and chocobo racing. To this day I have about 76 TT cards though I rarely play anymore because with the new tourney rules, tourney cheating and all these “random” NPCs, it’s really taken the fun out of the game for me. 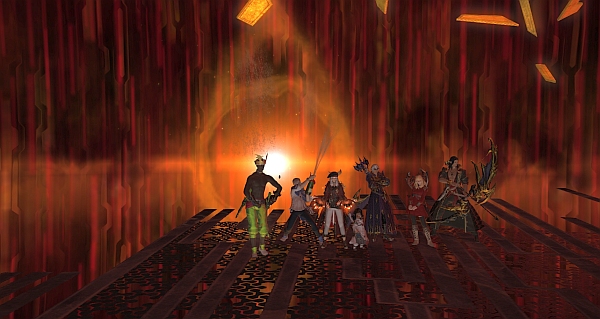 Unfortunately a couple weeks later the FCOB lockout was removed. That means you didn’t have to be tied to a group to clear it for loot. This basically caused the group to collapse, people being greedy because their weapons/gear weren’t dropping or being lazy because they had relics, didn’t need the weapons….so instead of farming we’d be wiping all night. After me and my husband got our gear (thanks to pugs lol) we and the main tank all decided to leave the group since well the goal was to clear t13 and that goal was met. Once we left, around that time I took a 1 month break to catch up on my otome game backlog, and while I was gone the main tank girl transferred out to Behemoth and we’ve lost contact since. I pretty much stopped keeping contact with anyone from this static, though the scumbag whm tried to get my attention at the start of Heavensward and I pretty much ignored him. 😆  I came back for a bit to finish the 2.5 storyline so I’d be ready for the expansion. By then I had gotten my warrior to 50 and did enough Triple Triad & chocobo races to get my turtle mount: 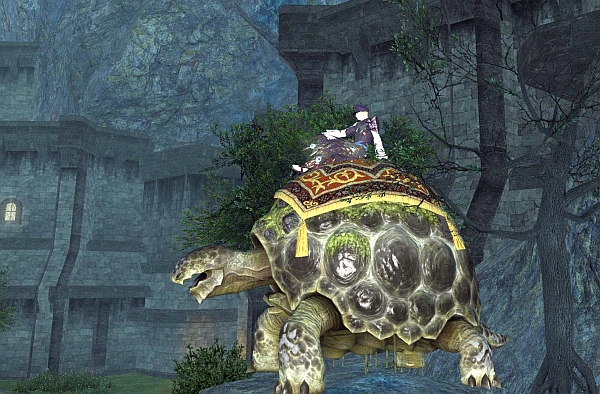 Weeks rolled by and so came Heavensward! First thing I did was fantasia into an Au Ra female! Trading male for female gear and cleaning out my glamour was a bit of a nuisance but I’m finally all set now (and I have more glamour options yay!)

I had also gotten my new computer, moved apartments in real life and was able to run the game on a 2k monitor with Direct X 11. Heavensward story was amazing, moving and so sad that during a certain cut scene, I ended up crying for the rest of the night. Our FC also finally got to have some bonding time with the new FC workshop feature! 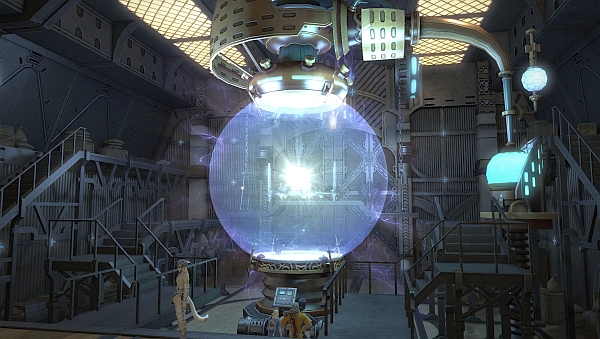 My friend who had been away from the game for over a year decided to return to play with us as well. While I had been maining scholar in 2.0, I decided to switch to Black Mage in order to also help get my retainer some levels for crafting purposes.  Unfortunately, once I hit 60 I realized I really HATED Enochianmage and decided to finish leveling my white mage (for retainer purposes again lol) and then switch back to my comfort zone: Summoner! Also Alexander Normal came out for the me that never wants to raid end game shit with a static again. As you can see, statics just aren’t for me! 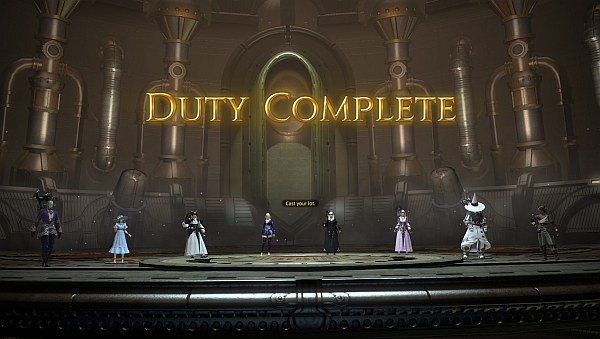 I had also worked on getting all my crafters and gatheres to 60 and now I’m both Grandmaster or the Hand and Land, working on my red scrips every week.

I ended up getting my Astrologian to 50 and dropping it because of how weak it was. Now that they buffed it I may pick it up again. I started leveling my dragoon to get to 34 for blood 4 blood, but I ended up liking it so much I just dinged 50 on it last night. Working on getting my Machinist to 60 and then will follow up with Dragoon to 60 as well. Probably then I’ll go back to my Astrologian and maybe get one of my tanks to 60 for a change of scenery.

Overall, I’ve taken a more casual/relaxed way of playing the game. I’ve recently gotten into PVP  (particularly Seal Rock) for the glamours as well as quick ways to cap my esoterics. While I managed to clear Bismark Ex in a pug, Ravana Ex still remains a wall due to most people not caring/having already cleared it. I just dropped it for now and I’ll get through it when it becomes steam roll/faceroll content because I simply don’t care to “clear things on time” anymore. I’ve helped FC members get through unsynched Shiva Ex, T8 and T9 and honestly it was more fun to me than any dumb pug I banged my head against the wall with. It makes the game less stressful for me and also gives me more time to focus on what most of my readers are here for: otome game reviews 😉

P.S. If you are thinking of starting the game or are in your  trial period, please leave a comment and your email address in the email box (only I can see it.) I can send you a friend referral code so we can both get items! 🙂