I feel bad for kinda ignoring this blog for the past month and escaping into FF14 so here’s a post! Since FF14 my interest in otome game news has been under a rock though I’ve been trying to keep up with site updates and magazine scans. I decided to take a look at Cool B’s release calendar to analyze what’s coming our way in 2014. (And by no means is this list complete since new games get announced all the time.)

I’ve made a PDF with color coding for all the releases in 2014 based on that calendar (cause trying to do a table in wordpress is like plucking nose hairs.)

I realized after the fact I have 2015 in there either but they’re just double score (lol) and some BL games so we can ignore that for now.  So while it seems like there’s a whole lot of games, if you really go through it there’s not actually that many. At least not for me. The only category that matters to me is yellow.

For green, aka sequels/FDs/series fodder I realized that once makers start to go beyond 1 or 2 they’re just milking it and spreading content. They don’t care how much they put into 1 game because you’ll want to buy more games with segmentation and half assery. The pink category is R-18 pr0n which is usually terrible and I’ve made the decision to stay dafuq away from all the rape. (Because an R-18 otome game without rape is like a ham sandwich without the ham apparently.) Purple stuff is just ports. Again I realized that no matter how much I like a game I’d rather play something new than play something “all over again”.  Blue is BL which is part of the calendar but I don’t play BL games so that’s also out. 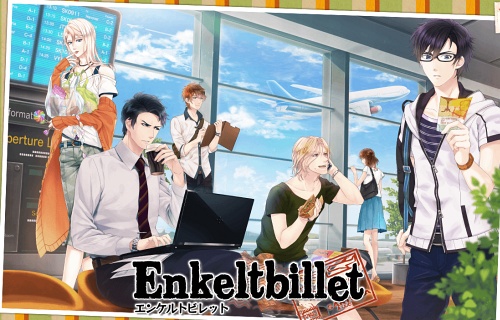 So let’s look at the yellows. Five of those yellows are quin rose games. Based on their terrible track record and me having enough of their shit, all of their games are pretty much out of the horizon for me. That leaves me with the following games:

So there you have it, after all the filtering out, there’s only a few games on my shopping list and even so because of stuff like crazy yanderes and delays, it makes my to buy list even smaller. I think if I didn’t have FF14 I might be more open to playing other stuff but now that I have more enjoyable things to occupy my time with, I guess I can’t force myself to sit through every game that comes out. I hope this clears up on what’s in store for this blog in 2014 and I’ll try my best not to slack off too much with the reviews ;).