Alright I figured I’d review this before I plan to quit it like really soon. Ever wish you had a tamagotchi but in man form? Well now you can with KareKano maker! 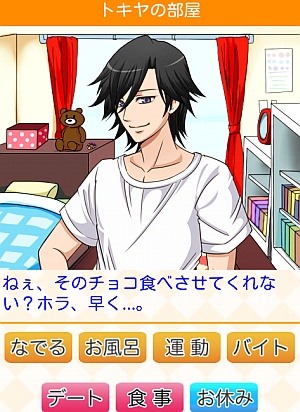 Basically you can pick either a female or male to take care and you gotta take care of them or they’ll hate you!

You can raise affection in several ways. The easiest one is なでる which means to “pat them on the head” which basically gives you  +3 affection points each time and takes like 16% of your fatigue. Once you’re out of fatigue just wait an hour or 2 and it will come back. The other option is to take them on a date once a day: 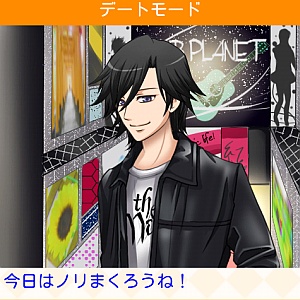 By raising affection points you can then slot them into categories for your dude’s stats. For example I’ve been pumping mine into “beauty” so that I could get certain outfits. Sadly despite having like over 45 points I still haven’t been able to unlock the outfit I wanted.  I gave up and got this instead: 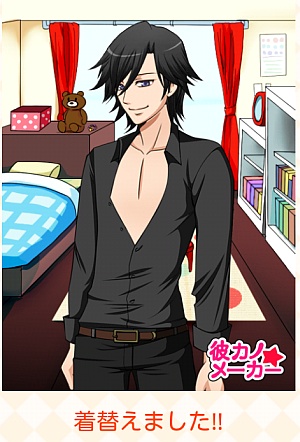 In addition to taking him on dates you can also feed him or put him to sleep for 1, 2 or 6 hours. The good part of him sleeping is that when he sleeps = he doesn’t get dirty. 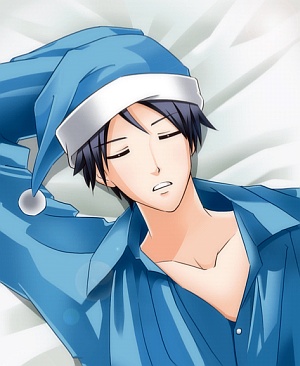 That’s another thing. If you ignore him for 8 hours he gets dirty! If his dirt level goes above 3 and you don’t clean him I think his affection will drop.  So yea you have to bathe him:

There’s also some card battle crap but yea I don’t get Japan and card battle games. It feels like 90% of Mobage is card battle games and I just can’t be bothered with that honestly. ( ´_ゝ`) Additionally one of the date pics looks STRANGELY FAMILIAR: 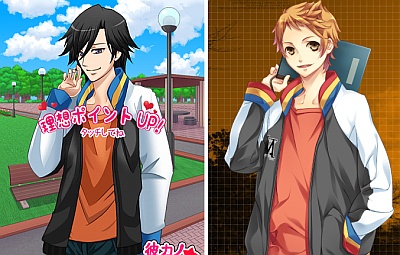 Lol anyway needless to say I just can’t keep up with this app. I guess the biggest problem is the fact that it requires an internet connection to access each time rather than being an app I can access anytime. Seeing how the times I use my phone are mostly when I’m underground on the subway  – this game just isn’t working for me lol. You can try it for yourself here but you’ll need to be logged in to your mobage account. 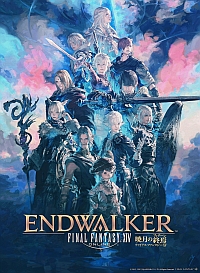