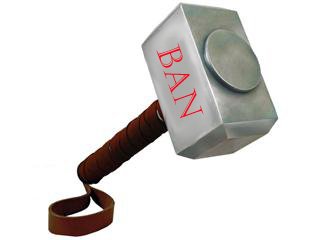 UPDATE 05/13/2009: 204 more Pangya accounts have been permanently closed for economy exploitation and 4,148,597 additional Pang has been removed from the economy. The reason for such a smaller amount of Pang in comparison to the number of accounts closed is that many of these accounts were either created in anticipation of future cheating, or used primarily to traffic rare items. As a result of these actions, all of the rares purchased by these accounts have been lost, and are no longer available to the community. To combat this, we encourage all players to know their buyers before they sell!

Some of you may have noticed the personal shop function not available in Pangya. It is intended and is not a bug. Please keep an eye on our website for future updates.

Interesting “anticipation of future cheating” lol. I wonder how they estimate that, but yea that’s pretty cool. Unfortunately removing hacked pang isn’t gonna stop retards from selling feathers for 1 million but whatever I doubt anyone is buying them anyway except hackers to begin with. Now that they’ve disabled shops, it’s probably a lot easier for them to go through accounts and see those who are “waiting to sell the rares” or whatever lol. I’m still hoping for another announcement today, something hopefully regarding the economy, the hacking and (cross my fingers) season 4… 😦 Really gettin’ tired of this beta crap…

12 thoughts on “And so the banning continues…”